Moonshine hauler bust. Image courtesy of the Library of Congress.

“They say the first race occurred when the second car was built,” said NASCAR Hall of Fame Historian Buz McKim. “Sounds about right.”

It’s no coincidence that moonshine and NASCAR are both popular in the South.

“Those guys that were haulin’ moonshine, they were runnin’ for their lives,” McKim said. “

They weren’t just out there playin’. If they got caught they were goin’ to jail.”

The guys responsible for transporting the moonshine had two main priorities: pile as many jugs in the car as possible and be able to outrun the cops if necessary.

“What those guys were doin’, they were hoppin’ up their cars, developing suspension geometry, power-weight ratios, without even knowing,” McKim said.

They needed those cars to be able to handle the back country roads, most of which weren’t paved. And legend has it that the competition was born among runners to see who had the best, fastest cars, and they started holding unofficial, unorganized races for kicks and bragging rights. In February 1948, the first official National Association for Stock Car Auto Racing event was held in Daytona, Florida.

Roddy More, Blue Ridge Institute and Museum Director at Ferrum College, can’t help but raise an eyebrow at some of the romanticism of moonshine then and now. 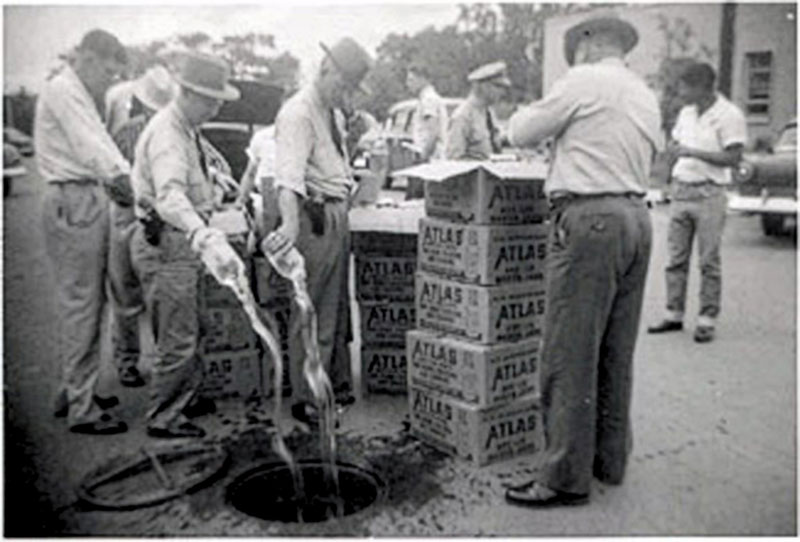 “Any 44 Coup you see supposedly hauled moonshine,” he said. “This thing of loading up the car and as soon as you hit the highway going at the highest rate of speed you can, it’s all Hollywood. You drove not to be conspicuous.”

As sexy as the old racing folklore may sound, Moore pointed out that the guys making and selling illegal spirits had no interest in getting caught. In fact, Moore said he’s heard stories of moonshiners doing the exact opposite.

“One person I know talks about their father making liquor and he would deliver it on Sunday,” Moore said. “He would put his family in the car all dressed up for a Sunday drive and make his deliveries, and things like that happened more often than people think. You just did not draw attention to yourself if you didn’t have to.”

Moore said even the early making of it was much more pragmatic than some folklore would indicate. Many farms in the 18th and 19th century had stills listed on their inventories, and in the early 1900s a farmer could obtain a federal permit to make liquor on-site for a few months out of the year to process whatever crop was harvested.

“That was one way they could take a fall crop, like apples, peaches, corn, and condense it down into a smaller unit to take to the market,” Moore said.

Stories and folklore aside, however, there is still something to be said for the way moonshine used to be made—and is perhaps still made at the end of some long dirt mountain roads. 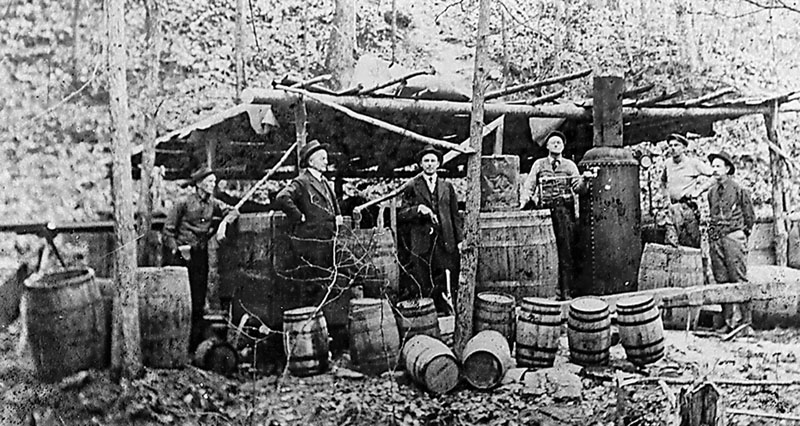 But there’s at least one old-timer who disagrees.

“This is the real stuff,” said Robert Glenn Johnson, Jr., better known in the NASCAR community as Junior Johnson. In 2007 Piedmont Distillers (the first legal distillery in North Carolina since Prohibition) started rolling out mason jars of Midnight Moon Moonshine, inspired by Johnson and his family’s decades-old recipe. “It’s exactly like my daddy used to make,

Johnson, born in 1931 in Wilkes County, grew up with a still in the backyard and a father in and out of jail. For him and his six siblings, moonshining was just a part of life.

“When I was a kid, I didn’t know there was anything wrong with it. I thought it was fine to do,” said the 85-year-old. “It was against the law, but it wasn’t against the law like it was to kill somebody.” 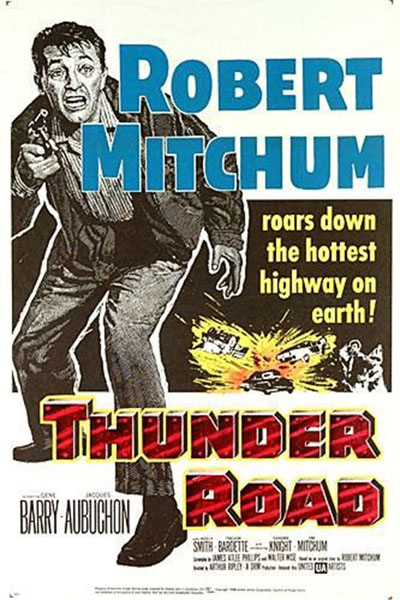 Johnson recalls long hours next to the stills, “in the woods where it’s not really safe, sittin’ on a bank or somewhere or another,” helping his dad and constantly looking over his shoulder for the cops.

Johnson got behind the wheel to deliver moonshine when he was 14 years old, and the rest is history. He had a knack for racing, and between 1950 and 1966 he won 50 NASCAR races. Now, making legal moonshine to stick on the shelves of ABC stores is all well and good (the apple pie flavor is his favorite, which he recommends drinking straight or mixing with a little water), but the magic is gone.

“I had to outrun the law, and that’s how I got into racing,” he said with a chuckel. “It was more fun back then, drivin’ and outrunnin’ the Sheriff. Just playin’ with them, goin’ off and leavin’ them.”

That kind of knack for speed was God-given, but he certainly picked up some distilling tips when he was in the backwoods.

“We tried to work in the daytime mostly,” he said, recalling ways he and his family would try to keep their operation as inconspicuous as possible. One of their tricks was to start the fire under the still using coke, or coking coal, a hard, highly-porous fuel that emits little to no emissions. “That way when you burn a fire it don’t make smoke, and nobody could see where your stills are at.”

He was never caught behind the wheel, but in 1956 authorities did eventually track him down at the family still and haul him off (presumably in a car that wasn’t nearly as fast as his). He spent 11 months in federal prison before making his way back to racing. In 1986, then-President Ronald Reagan granted Johnson a pardon, restoring his civil rights and expunging the moonshining conviction from his record.

Decades later, after he retired from NASCAR and was inducted into the Hall of Fame, it all came full circle when Piedmont Distillers launched its Johnson-inspired moonshine. 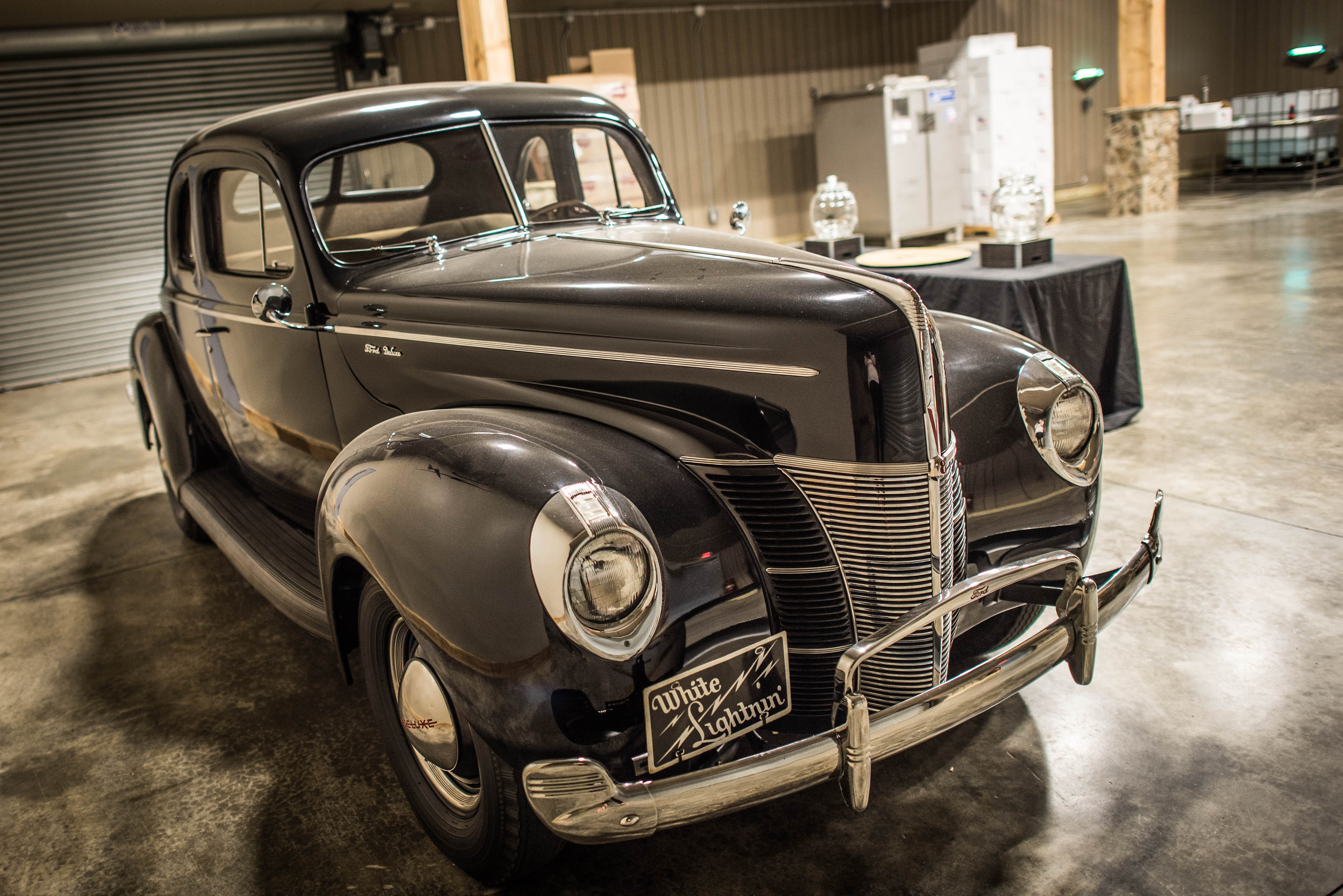